A man who barricaded himself in a hair salon in Connecticut for six hours, firing wildly at police outside, has been found dead inside the building.

Branford Police Department confirmed on Tuesday evening that the gunman was deceased, and there was no further threat to public safety.

He is yet to be named.

One person was taken to hospital during the incident, with injuries that were described as not being life-threatening.

The incident began around midday on Tuesday.

Officers were pinned down when they first responded to calls reporting a person inside a hair salon near Main Street and Cherry Hill Road in the coastal town.

Steve Milano, manager of Richlin Home and Auto, said he heard the first burst of gunfire about 11:50 a.m.

The person was ‘firing indiscriminately’ some 85 feet away, he said. 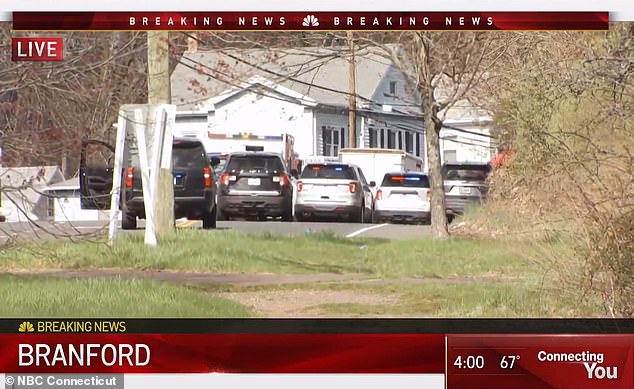 Police in Branford, around six miles east of New Haven, spent hours negotiating with a gunman 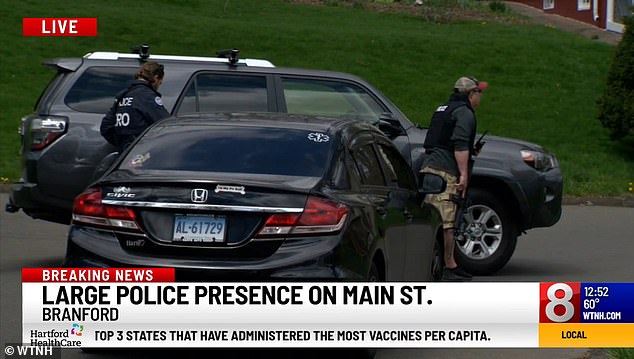 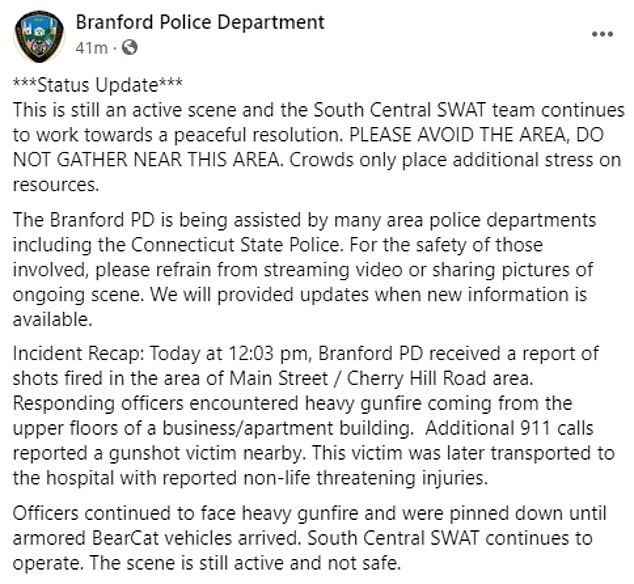 When police arrived, the gunman fired at them.

‘It’s crazy, I’ve never seen anything like this,’ Milano said.

Witnesses told the station that a man, who police are referring to as ‘Matt’, according to Fox 61 News, was also firing shots at people in the shopping plaza. 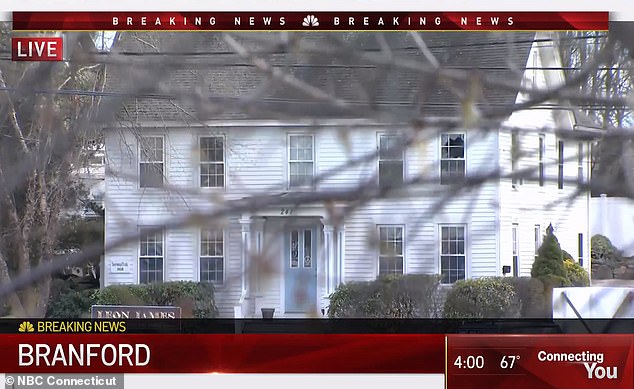 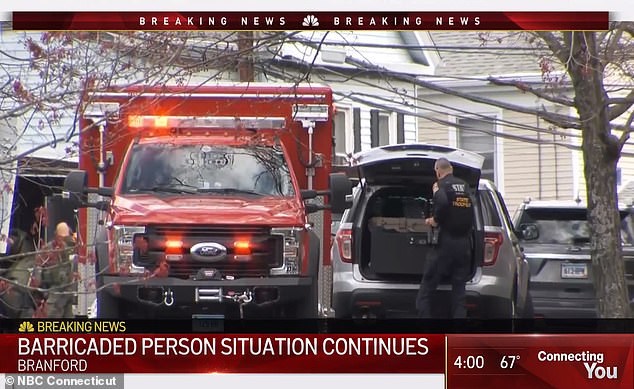 A Connecticut state trooper seen near Main St in Branford, where a man was barricaded inside

A witness told Fox that they heard at least eight to 10 gunshots, followed by another round of multiple shots.

Some residents in the area were evacuated.

Branford, a town of 28,000 people, is six miles east of New Haven, on the Long Island Sound.

Murphy said he was ‘praying for my state’. 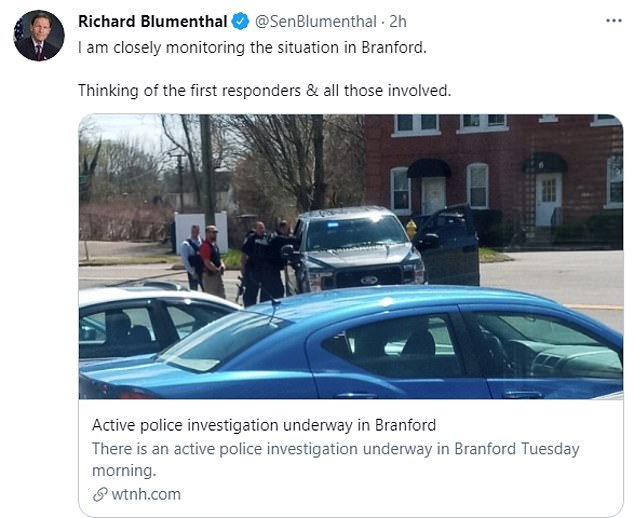 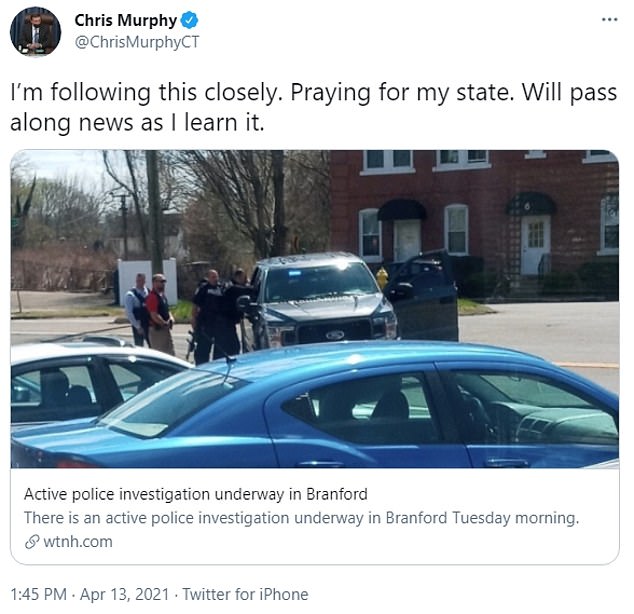