Police officers have admitted they shot their famous K-9 Arlo after raising more than $73,000 on GoFundMe to pay for medical bills.

The three-year-old German Shepherd, who has been with the Thurston County Sheriff’s Office in Washington state for over a year, was riding with officers when a shooting occurred following a police chase.

It was not initially reported how Arlo’s injuries were sustained. This led many, including hospital staff where the suspect was taken, to assume that Arlo had been shot by the suspect.

However, evidence from the scene disputes that claim and police later admitted the K-9’s injuries ‘were sustained by friendly fire.’ 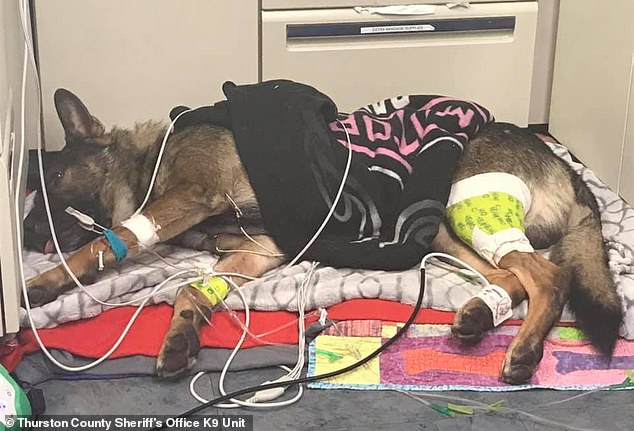 Arlo, the three-year-old German Shepherd who skyrocketed to TikTok fame, was shot twice by his police officers before undergoing an eight-hour surgery 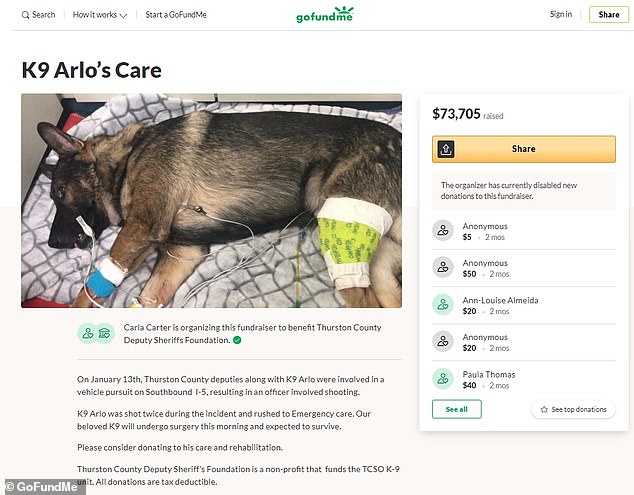 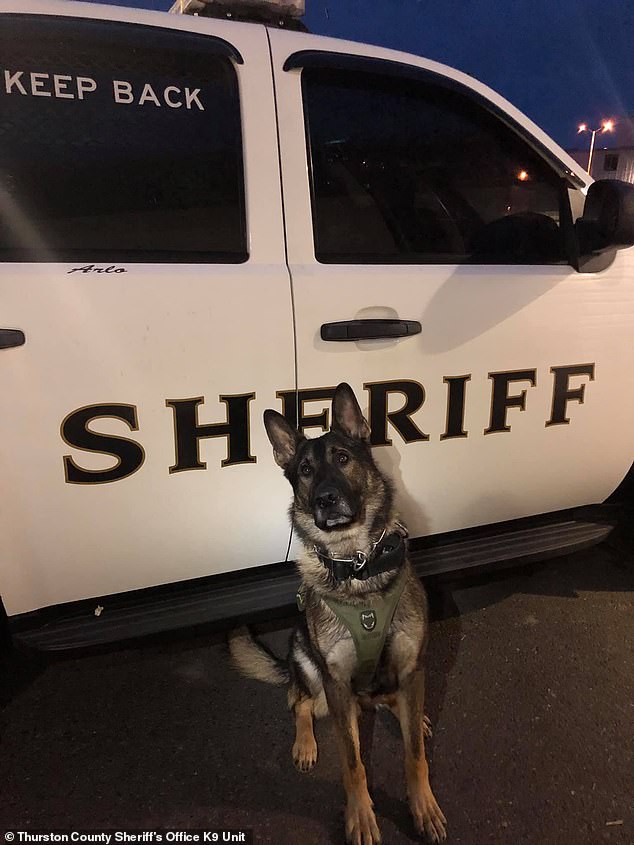 Arlo served the Thurston County Sheriff’s Office K9 Unit for over a year, but will retire as he’ll need additional medical attention

Arlo, who has 2.5 million followers on TikTok, garnered national attention as fans pitched in to help contribute costs to the dog’s life-saving surgery.

Social media posts documented Arlo’s progress, and video of the moment Arlo was released from the hospital went viral.

Reports say Arlo’s handler claimed in a now-deleted Instagram that Arlo was shot by a suspect, while police argue they did not mislead the public about the origin of Arlo’s injuries.

Arlo was shot twice during the incident, with one bullet going through his leg and the other lodged in his spine. The K-9 was rushed to the hospital where he underwent an emergency eight-hour surgery.

Now, new reports explain that the suspect involved in the shooting did not have a working gun, and the only shell casings found on scene belonged to the police. 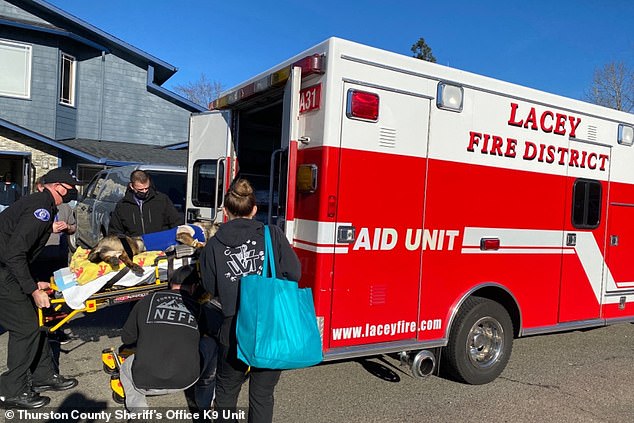 The K-9 police gog was rushed to the hospital after a bullet went through his leg, and another bullet got lodged in his spine 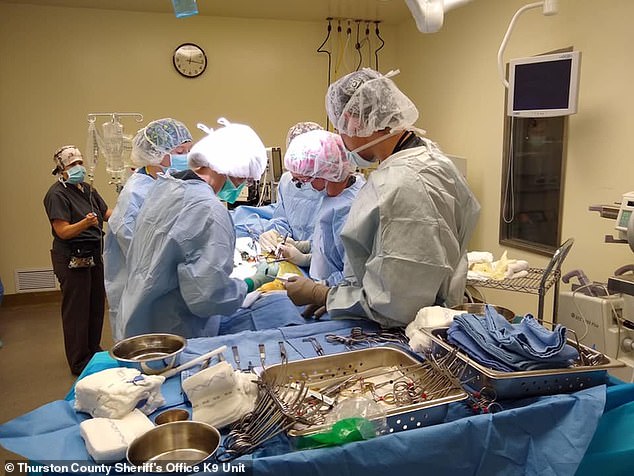 More than $73,000 was raised on GoFundMe to pay for medical bills. Arlo is pictured during surgery

Officers claimed that when they caught the suspect, 25-year-old Victor Hugo Ortiz Bucio, he pointed an automatic pistol at authorities on the scene.

Five deputies and one trooper opened fire on the suspect for seven seconds and hit him multiple times.

When the suspect was taken to the hospital and informed he had shot a K-9, the suspect told hospital staff that the gun he had was not functional.

The Mason County Prosecutor’s Office reviewed the use of force by law enforcement and found no wrongdoing, declining to bring criminal charges against the officers for shooting the suspect.

The six officers involved were initially placed on administrative leave, but have returned to duty after being cleared.

Ortiz Bucio, the suspect who was also shot by officers on scene, is being held at the Thurston County Jail. He faces charges of third-degree rape of a child, second-degree child molestation, one count of attempt to elude pursuing police vehicle, and a charge of assault in the second-degree.