A White Yale professor has been branded racist, compared to Minneapolis police officer Derek Chauvin and told to resign from her role as a councilwoman because she interrupted a black colleague and told him how to address her during a virtual meeting.

Dr. Valerie Horsley is a councilwoman in the town of Hamden, Connecticut. She was taking part in a virtual meeting with councilman Justin Farmer and other local officials on April 5.

They were discussing an ice rink in the town and Farmer asked the town’s Director of Finance a question about the financing of it.

‘Point of order,’ she said.

Farmer replied: ‘That is well taken, councilwoman Horsley.’ She shot back: ‘Dr Horsley, thank you,’ then mouthed the F-word and shook her head. 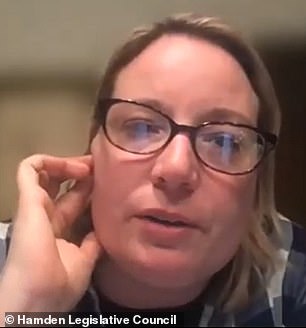 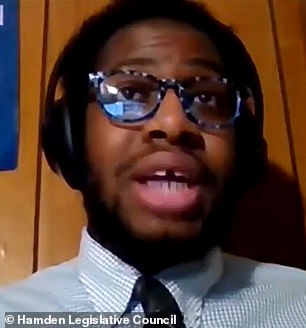 Dr. Valerie Horsley is a councilwoman in the town of Hamden, Connecticut, and a professor at Yale. She was taking part in a virtual meeting with councilman Justin Farmer and other local officials on April 5.

Afterwards, people who had watched the video dubbed her racist and compared how she spoke to him to how Chauvin knelt on George Floyd’s neck for 8 minutes while he begged for his life.

Horseley apologized on Facebook and Farmer accepted her apology, saying he wanted to ‘move on’.

He said he felt he’d been subjected to mistreatment but that he had his entire life, ‘whether it is due to my political positions, the color of my skin, my age, or my disability.’ 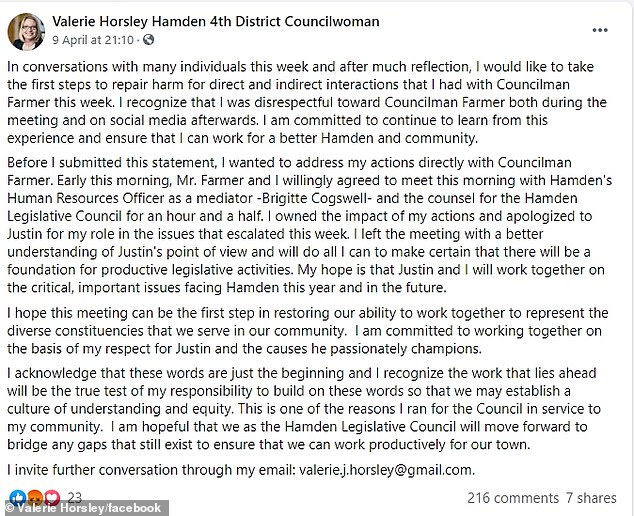 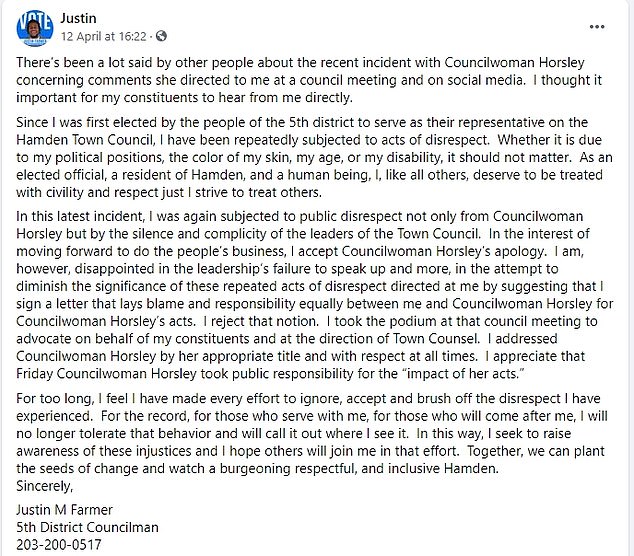 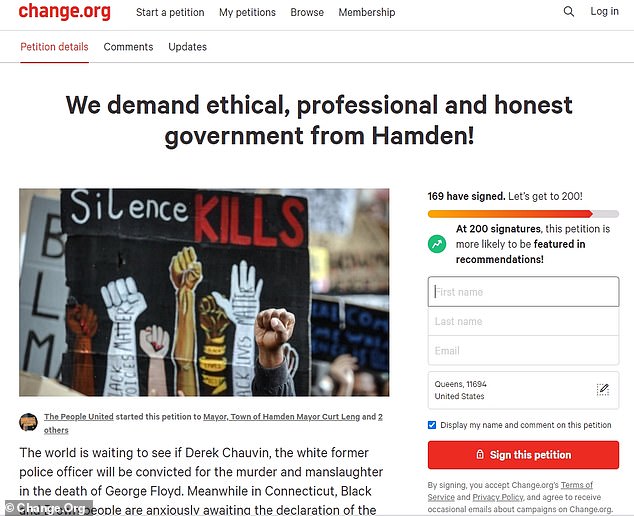 Now, there is a petition comparing her to the cop who knelt on George Floyd’s neck for 8 minutes and demanding her resignation

‘In the interest of moving forward to do the people’s business, I accept Councilwoman Horsley’s apology,’ he said.

But activists continue to demand her resignation.

‘We are asking for a public apology from the town and council, the immediate removal of Yale faculty and council member Horsley and for the town of Hamden to demonstrate their recognition of equity and inclusivity as leaders by publicly declaring racism a public health crisis,’ the Change.org petition says.

They also wrote an open letter to Yale.

Yale has not commented on the row, and the town council has not indicated whether or not to fire her.

Farmer says though that he was urged to co-sign a letter with her where they both took responsibility for the incident to ‘cool things down.’

He said it offended him.