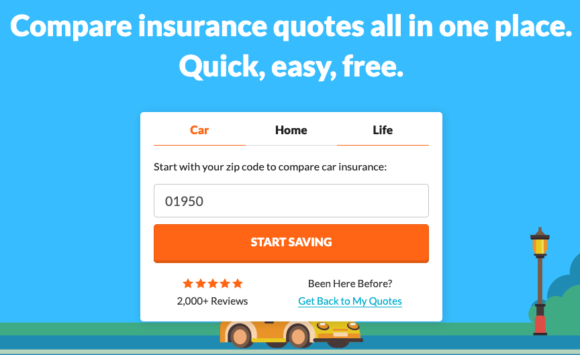 To help drive its expansion, the Cambridge, Mass.-based company said it has raised $23 million in Series A funding, led by MTech Capital and Viola FinTech, with participation from Nationwide, Hearst Ventures, and MassMutual Ventures.

Insurify uses machine learning to make buying coverage easy. Insurify said it has sold more than $10 billion in coverage since it began two years ago with a feature that allowed drivers to text a photo of their license plate to generate price quotes.

The site asks users to answer only a few questions and promises to return quotes within two minutes. While it offers price comparisons, it also weighs reviews, customer service and benefits and recommends the insurers that the platform says are the best match for the consumer. The platform has collected more than 100,000 reviews from customers.

Among the insurance carriers it represents are Liberty Mutual, Travelers, Nationwide, MetLife, esurance, Elephant and Mercury.

Insurify said it has partnered with some insurance companies to offer exclusive prices that are not available through independent agent channels or direct on carriers’ sites.

Its direct partnerships and API integrations with most of the top 10 carriers in the U.S. and some regional carriers allows consumers to buy directly from Insurify online rather than being sent to different company websites to fill the same information again and again.

“Our mission is to make insurance shopping transparent, and to empower everyone to make insurance decisions on their own without the help of an agent, where incentives are rarely aligned. For the average American, saving a few hundred dollars a year is significant. We are changing people’s lives every day by helping them cut their monthly burden and also helping protect their families and loved ones,” said Snejina Zacharia, co-founder and CEO of Insurify.

The company also said it has hired Gene Shkolnik, former senior vice president of engineering at Kayak, as its chief technology officer. 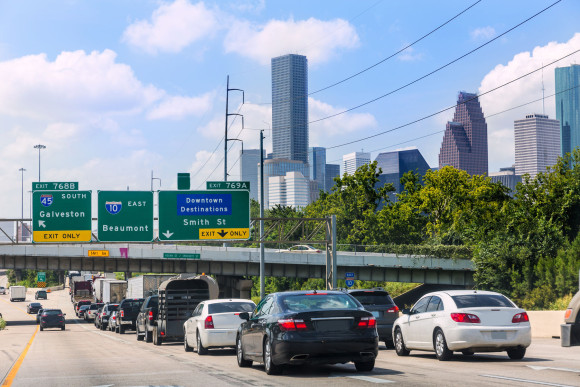 The American Property Casualty Insurance Association testified today in opposition to draft regulations they say could eliminate many affinity group insurance discount programs during a pre-notice workshop held by the California Department of Insurance in Los Angeles.

The workshop was intended to foster a dialogue about the regulations, which have not been formally introduced in the regulatory process subject to the Administrative Procedures Act.

The CDI in December released proposed regulations to reform how insurance companies offer group discounts based on occupation, education, and other arbitrary factors.

If adopted, this would be the first major change to the use of so-called “affinity group” discounts since California voters approved Proposition 103 in 1988, outlawing “redlining” and other major reforms in insurance.

A survey of insured vehicles reportedly found that one-fourth of Californians receive an affinity group premium reduction ranging from 1.5% to 25.9% depending on the insurer and group. The data shows that participation in group discount programs decreases with income and education level, with those living in ZIP Codes with average income above $49,000 more than twice as likely to receive discounts as those in ZIP Codes with average income of $22,500 or below, according to the CDI.

The APCIA argued that the proposed regulations as drafted would have the unintended consequence of taking away discount programs from millions of drivers.

“We share CDI’s goal of helping low-income Californians have access to lower auto insurance rates, but the regulations, as drafted, will not benefit these communities,” said Mark Sektnan, APCIA vice president for state government relations, stated. “These regulations would have the unintended consequence of taking away discount programs from millions of drivers who are childcare workers, food technicians, electricians, music teachers and sanitation workers.”

He continued: “These regulations will not just eliminate discounts for auto insurance customers, they will also impact homeowners – and that includes homeowners struggling in the Wildland Urban Interface where higher risks are driving up costs and limiting the availability of homeowners’ coverage. Adding pressure on insurance rates will only make matters worse for these homeowners.”

The APCIA is the primary national trade association for home, auto, and business insurers. 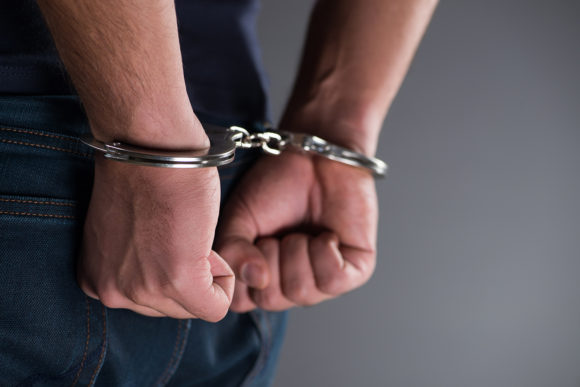 A pair of California men have been charged with multiple felonies in a reported $20 million kickback scheme involving worker’s compensation.

Bradley Dean Groscost, 59, of Westminster, and Felix Koltsov, 57, of Beverly Hills, self-surrendered last week to the Orange County Central Justice Center after being charged with multiple felony counts of insurance fraud, money laundering, and unlawful referrals for allegedly conspiring to bill insurers in excess of $20 million as part of a kickback referral scheme.

From 2014 to 2017, Groscost reportedly operated five workers’ comp clinics in Southern California. Doing business as DSJ MGT, Inc. in Fountain Valley, Groscost reportedly controlled treatments, referrals, and medical and financial records at the clinics even though he was not licensed to practice medicine.

A California Department of Insurance investigation, with the assistance of the National Insurance Crime Bureau, discovered that Groscost allegedly received roughly $2.1 million in kickbacks from Koltsov, owner of LFPS Inc. and Resource Pharmacy Inc., for patient referrals for urine drug screenings and compound cream prescriptions.

The investigation also revealed that Groscost allegedly failed to report employees to the Employment Development Department and paid them as independent contractors. He failed to report over $5.1 million in wages to EDD and as a result, avoided paying over $510,000 in taxes. As of July 5, 2019, Groscost owed EDD over $1.6 million in taxes, penalties, and interest, according to the CDI.

A powerful magnitude 7.7 earthquake struck in the sea in the western Caribbean on Tuesday, sending workers into the streets and triggering evacuations as buildings shook across the Cayman Islands, in Jamaica, and in downtown Miami.

The epicenter of the quake was between Jamaica, the Cayman Islands and Cuba, at a shallow depth of 6.2 miles (10 km).

The region appeared to have avoided major damage and the International Tsunami Information Center said an earlier threat of a tsunami wave had largely passed. Minor sea level fluctuations up to 1 feet (30 cm) were still possible, it said.

Angie Watler, a spokeswoman for police on Cayman Brac, the island nearest the epicenter of the quake, said members of the public had reported some damage to buildings and to a swimming pool at the Carib Sands resort on the south of the island.

Videos on social media, apparently from Jamaica and the Cayman Islands, showed water sloshing out of pools during the quake.
Watler said there were no reports so far of injuries but that authorities were still making checks on the area.

Buildings shook in downtown Miami in Florida, the Miami Herald reported. Office buildings were evacuated in the city, as well as in parts of Jamaica.

Officials across the region had no initial reports of major damage despite the size of the quake. A Cayman Islands official said there had been some reports of sinkholes following the quake.

The quake was also felt in several provinces across Cuba, the government said. It was not strongly felt in the capital of Havana, according to a Reuters witness.